S.A.F.E. House and Alliance Foundation Partner to Keep Victims of Domestic Violence and Their Pets Together During Times of Crisis

A special thank-you to our partners "With Love and Co." and "Handmade with Love by Joan" for their generous contributions. 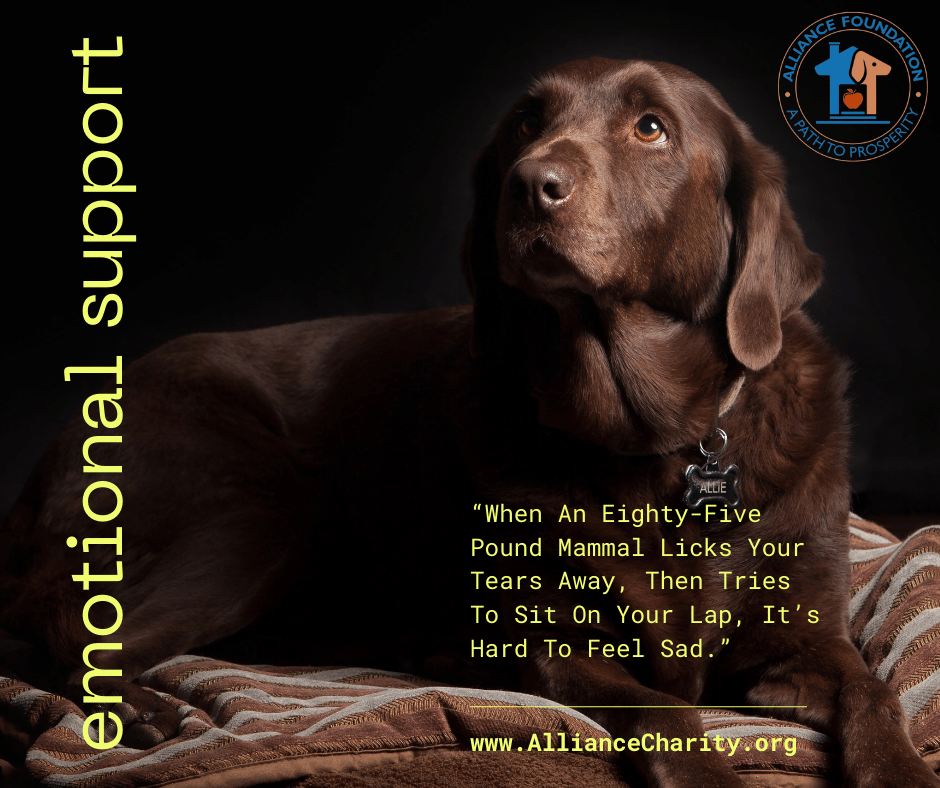 It’s no secret that pets offer emotional support, comfort, and joy to their owners.

Pets in general can be a person’s best friend, and many of us can’t imagine life without our faithful, four-legged companions.

But not all pets are emotional support animals.

So what is an emotional support animal?

How To Help The Homeless

For some individuals, homelessness is mainly the result of uncontrollable circumstances. The perfect storm of financial troubles can leave anyone reeling, and it can take years to recover from. These people may simply need financial help.

Read more: How To Help The Homeless

How To Help Someone Out Of An Abusive Relationship

Abuse in relationships, also known as intimate partner violence (IPV), is far more common than most people think. If abuse is defined as sexual violence, physical violence, or stalking, then statistics from the Center For Disease Control and Prevention (CDC) show that 1 in 4 women and 1 in 10 men in the U.S. have been victims of IPV.

However, abuse is more than just physical; it’s psychological. IPV also includes non-physical violence such as threats, manipulation, verbal abuse, or other forms of communication that cause mental or emotional harm to a partner. In the U.S. alone, 43 million women and 38 million men have experienced psychological violence in abusive relationships.

On top of this, 38% of IPV victims experience homelessness at some point in their lives.

Read more: How To Help Someone Out Of An Abusive Relationship

This past Saturday (March 19, 2022), the Alliance Foundation teamed up with Chris Solomon from the USS Windrunner to distribute food to those in need. The event was sponsored by the Just One Project!

Brad Barrie from the Alliance Foundation had this to say about the event: "We're excited to team up with the USS WindRunner and the Just One Project on this important work. Food distribution is a crucial part of helping those who are struggling, and we're grateful to be able to do our part."